Propylene Glycol in Skin Care: How safe is it?

This is a question I have been asked on a number of occasions at various seminars and training courses. Unfortunately the perceived fear of this substance seems to be largely generated by the opinions of enthusiastic natural products marketers rather than fact.
Let’s look at what Propylene Glycol is, why it is in our cosmetic formulations and explore the safety of it. 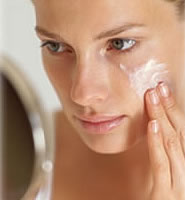 Propylene glycol is an odourless, tasteless, colourless, slightly syrupy liquid used as a humectant and epidermal delivery agent. It is present in a high number of cosmetic formulations, but in very small amounts. Common uses are as a solvent to assist in the penetration of the lipid bilayers of the epidermis, and to temperature stabilize creams and lotions. (Stopping the formulation from changing consistency due to extremes in temperature) Propylene glycol is also used in some foods to absorb extra water, maintain moisture and providing solvent properties for some food colours and flavours.
The U.S. Food and Drug Administration (FDA) has classified propylene glycol as an additive that is “generally recognised as safe” for use in food.

Misinformation
There has been a good deal of misinformation about Propylene Glycol, with dramatic stories circulating of liver and kidney damage with prolonged use causing the most concern.

It would seem that much of this adverse publicity has been generated from data that deals with the effects of ingestion or inhalation in high concentrations over long periods.
Detrimental information about propylene glycol is often quoted from the Material Safety Data Sheet, (MSDS) however this information has to be put in to context. (The MSDS data on common salt is an eye opener!)
There also seems to be a blurring of the facts by its association with other Glycols such as the more toxic ethylene glycol, (Which is not used in cosmetic formulations) further enhancing its reputation as a baddie.

Some of the scare mongering is the promotion of the fact that propylene glycol is an industrial and automotive substance and has no place in cosmetics.

It is true that both Propylene and ethylene Glycols are used in automotive applications such as hydraulic fluids and antifreeze, and they have indeed caused skin irritation to many people, however we need to put this in perspective: in cases where there have been detrimental effects, the contact with these substances have been in 100% concentrations.

The facts
Even at such high concentrations, the level of toxicity from topical exposure is not considered dangerous. A report from the U.S. Public Health Services Agency for Toxic Substances and Disease Registry (ATSDR) testifies; Epidermal exposure, through activities such as changing antifreeze, (in a car radiator) is the most likely route of exposure to ethylene glycol, but epidermal exposure is not likely to lead to toxic effects. Only oral exposure, through accidental or intentional ingestion, is likely to lead to such effects, and then only if a sufficient amount is swallowed at one time

The ATSDR has case studies of over 60 years of data of the effects of Propylene Glycol on the human body. Here are a few quotes from the data:

Propylene glycol does not seem to have significant irritative properties. Skin testing of 42 healthy volunteers showed that 100% propylene glycol caused faint, patchy erythema with edema in 40% of the tested subjects

While there are rare cases of acute allergy to propylene glycol, (and other substances) reported effects of irritation, erythema and edema on human skins were present only in concentrations far higher than those found in cosmetic formulations. (ie: topical medicines etc)

If there were any concerns about the safety of Propylene Glycol, then ATSDR would be alerting consumers to the dangers and it would have been banned in cosmetics by now.

A further quote from a document on the ATSDR website states:

The Department of Health and Human Services (DHHS), the International Agency for Research on Cancer (IARC), and the EPA have not classified ethylene glycol and propylene glycol for carcinogenicity. Studies with people who used ethylene glycol did not show carcinogenic effects. Animal studies also have not shown these chemicals (propylene or the other glycols as used in cosmetics) to be carcinogens.